These 90s pop culture Halloween Costumes are the perfect mix of recognizable yet unique! 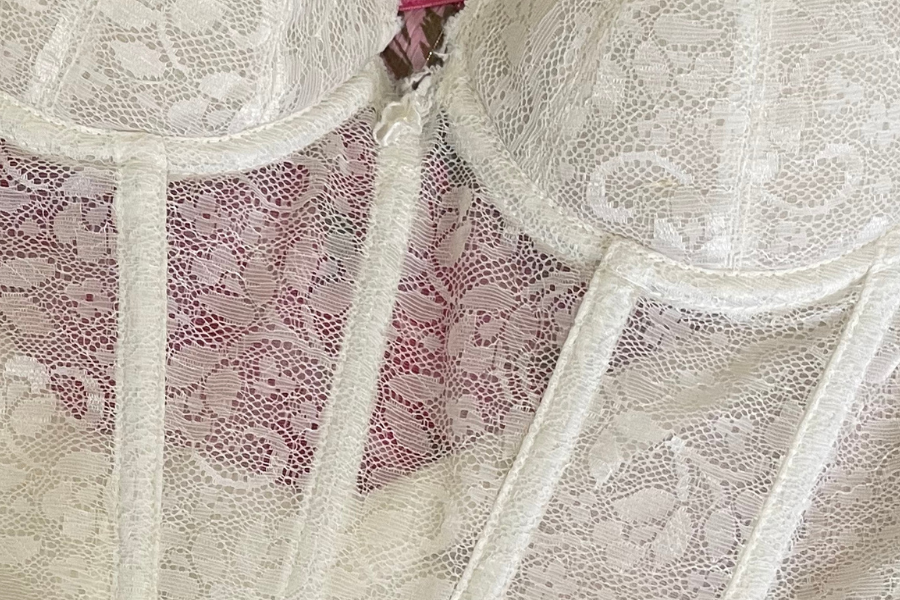 Maybe it's the nostalgia talking here, but the 90s were truly a unique set of years that churned out countless iconic pop culture moments! If you're looking for a Halloween costume that is the perfect blast from the past, or you just want to have a unique yet recognizable outfit, I've put together the cutest 90s pop culture Halloween outfits for every cool-girl! Plus, they're all from Amazon!

This post is all about 90s pop culture halloween costumes.

Although SATC has always been super popular, I have never seen anyone attempt a really good SATC costume! If you have a friend group, everyone can pick a character, but if you're flying solo you of course have to show up as Carrie Bradshaw!

I've seen a few people attempt Rachel Green over the years, but this is such an underrated costume! Especially since 90's Rachel Green hair is totally back in style!

I've always thought Rose's costume would be the most iconic to do, but I never see it attempted! If you need a couple's costume, have your guy be Jack.

Heart of the Ocean Necklace

4. Kathleen Kelly from You've Got Mail

Juliet from any adaptation of Romeo and Juliet is a great choice. Even though Juliet's 90's angel costume has grown in popularity, imagine if you went with someone dressed as young Romeo...

6. Meryl Burbank from The Truman Show

This trippy movie is about a show that is produced and aired about Truman's life, but he doesn't know it. Meryl is Truman's "wife" and she frequently presents sponsored products to Truman under the guise of bringing them home from the store, but Truman starts to realize her behavior is strange.

7. Kat Stratford from 10 Things I Hate About You

I have yet to find a person that dislikes this movie. Kat is a cynical teenager who ends up falling for a young Heath Ledger. Her prom outfit is probably the easiest to duplicate, but you could also recreate one of her signature tomboy-esque outfits. Another fun scene to use is the paintball scene if you are in need of a couple's costume!

8. Josie Gellar from Never Been Kissed

Who doesn't love a good Drew Barrymore movie? Josie's pink 80's prom dress is so perfect to recreate, Drew has even recreated the look herself on her own talk show.

This is a costume that I never seen done, but it's great for those red heads out there! If you were Poison Ivy last year, try Anastasia.

Jane's yellow dress and parasol are instantly recognizable! If you have your very own Tarzan, his costume would be super easy too!

Anytime I have seen this costume done I've always thought it was ADORABLE! If you have a co-ed friend group, have them dress like Toy Story characters too!

Okay this is the HOTTEST costume ever and I have never seen anyone do it. Kathryn's look is very old-money gothic and she's an iconic femme fatale character. If that's your vibe, you need to do this costume!

13. Chessy from The Parent Trap

In my previous post here, I put together the iconic Meredith Blake hiking outfit from Amazon. Today, I decided to give the spotlight to an extremely underrated yet highly influential character, Chessy. She is the 90's California vineyard comfort aesthetic. If you want an excuse to see what your boyfriend would look like as a butler, have him dress up as Chessy's love interest Martin.

14. Lux Lisbon from The Virgin Suicides

The Virgin Suicides is set in the 70's and the girls' wardrobes are all very ethereal and angelic. Kirsten Dunst + Sofia Coppola? Iconic.

Practical Magic is such an underrated Fall movie...

In the 90's version of Little Women, Winona Ryder played Jo and Christian Bale played Laurie. Make sure to make a TikTok while you're in costume!

Liv Tyler was stunning in Empire Records as Corey Mason. It's so funny to see all the 90's style that has so clearly influenced today's clothing. She gives me Olivia Rodrigo vibes.

18. Abigail Williams from The Crucible

Another Winona classic, Abigail Williams is starting rumors that there are women in the town practicing witchcraft even though she started dabbling in it to begin with, sparking the Salem Witch Trials. If you've been a witch in the past and you want another creepy costume, try this one!

The 90's adaptation of Charles Dickens' Great Expectations modernizes the tale and stars Ethan Hawke and Gwyneth Paltrow in all her 90's starlet glory. Plus, it's set in 90's New York! One of my favorite outfits is Gwyneth's all-green matching slinky set in Central Park.

The most common costume from this movie is the femme bot costume, you know the all-pink lingerie outfit with the big hair and the feathers? An extremely underrated costume in my opinion is Vanessa Kensington's silver spy outfit!

21. Helen Sharp from Death Becomes Her

Death Becomes Her is a perfect, campy, and underrated Halloween movie. It stars Meryl Streep and Goldie Hawn as two women who discover the consequences of eternal "youth". The costume design in this would be totally fun to recreate for a costume, especially if you wanted to go with your best girlfriend!

Christina Ricci played the ethereal Katrina Van Tassel opposite Johnny Depp's Ichabod Crane. This costume is perfect if you want something gothic and corset-y.

Lisa Rowe is one of Angelina Jolie's more recognizable roles as one of the most troubled patients in the psych ward. Her short chopped bangs are part of her signature look.

This post was all about 90s costume ideas female.