So you've finished Malibu Rising, now what? These books like Malibu Rising will be just what you need for the post-good-book slump! 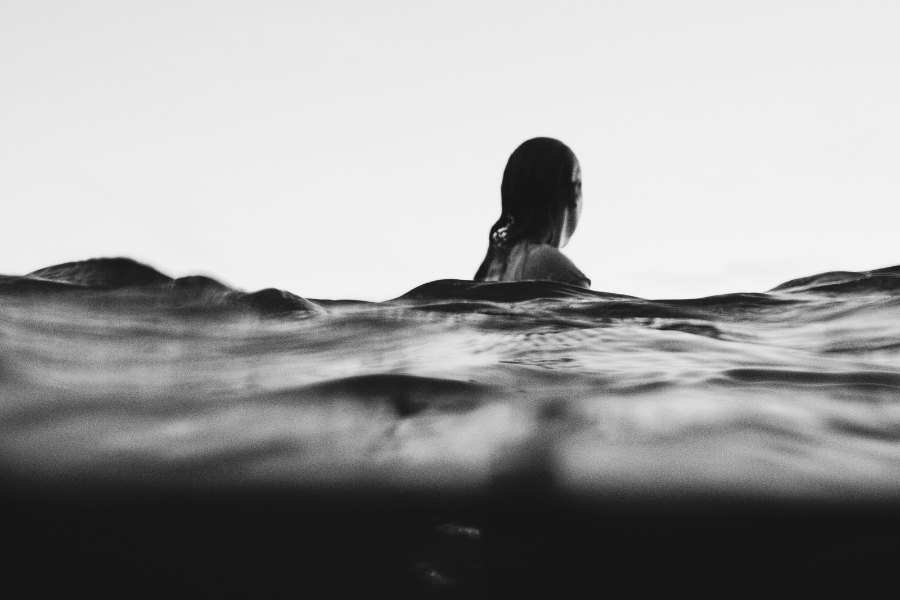 Malibu Rising is a fast-paced novel set in 80's Malibu and follows the children of super famous Mick Riva over the course of a crazy 24 hours during the annual Riva summer party. If you like family drama, historical fiction, and a little bit of mystery, this book is perfect for you.

If you've already read (or like me, devoured) Malibu Rising and are looking for a book that you will enjoy just as much, look no further! These books like Malibu Rising will keep you busy in that post-good-book slump.

First off, if you haven't read Malibu Rising yet I highly recommend it. I finished it in about a day! I couldn't put it down, which makes it the perfect book to read by the pool or bring on a summer vacation. Plus, it's set in 1980's Malibu with some flashbacks to the 50's. Such a great summer read.

The book is essentially about the Rivas: Nina, Jay, Hud, and Kit who are the children of mega-famous singer Mick Riva. They live in Malibu and throw a huge end-of-summer party every year at Nina's beach house. The book follows the 24 hours before and during this party, and we meet a lot of characters all dealing with different personal struggles. Plus, we are told at the very beginning of the book that by the end of the party, the beach house will go up in flames.

Malibu Rising did get picked up by Hulu for a series. The cast hasn't been announced yet, but it's a good time to read the book before the show comes out!

I have a theory that the most universally-liked books have 3 elements: personal/inter-personal struggle (family drama, personal obstacle, etc.), vivid imagery/setting, and a little bit of mystery. Bonus element: a sprinkling of love. I think everyone can relate to some sort of personal struggle in their lives, everyone likes to be transported fully to a different place and/or time, and a little mystery drives the plot forward and keeps the pages turning. As for love, not everyone loves a super sappy romance novel, but with just the right amount of sprinkling, even the most cynical readers can't resist. Maybe those are just the things that I like to have in a good summer read, but if those things sound good to you, I've made a list of books that have these elements. Chances are, if you liked Malibu Rising (like I did) you will like these books, too!

Where The Crawdads Sing

Where do I begin with Where The Crawdads Sing? This book had me SHOOK at the end. Set in North Carolina in the 60's, Kya is the Marsh Girl, living on the outskirts of the town and shrouded in mystery. When a boy from the town is found dead, she is immediately suspected, but no one really knows the real Kya.

I could not put down this book for the life of me. It goes back and forth between time like Malibu Rising, so you're always inching closer to putting all the pieces together and solving the mystery. I really felt like I was transported to North Carolina, and all the nature scenes are written so vividly.

The big bonus with reading this book is that there is a movie coming out this summer starring Daisy Edgar-Jones as Kya. If you like to read the book before you see the movie, definitely pick this one up.

We Were Liars is another thrilling read set on an island on the East coast where a successful family visits each summer. The scenery is very old money, coastal grandmother vibes and a lot of the book's elements are similar to Malibu Rising. Family drama, romance, summer at the beach, and and a mysterious accident. This is almost like the East coast version of Malibu Rising, but definitely with some twists of its own.

This was another one that I finished in one night, with my pulse racing the whole time. It's a young adult book and definitely reads as one, but I think you will appreciate the similarities between the stories if you liked Malibu Rising. Plus, a prequel just came out called Family of Liars that I haven't had the chance to read yet, but if you enjoy We Were Liars you already have another book to read after!

When I finished Where The Crawdads Sing, I was dying to read something similar since I enjoyed it so much. The Great Alone kept popping up in my research, so I decided to give it a try. It's similar to Malibu Rising in that it has family dysfunction, romance, and is set in the past.

The Great Alone is set in 70's Alaska and is about a family called the Allbrights who must learn to survive the harsh wilderness and each other. Leni Allbright's dad is back from the Vietnam War and has grown increasingly disturbed and violent. When the Alaskan winters come, his mental state worsens and his family must find a way to make it through.

This book has a lot of gorgeous scenery and definitely transports you to 70's Alaska. There's a strong female protagonist and a beautiful love story that makes the book hard to put down.

For this book, I would recommend looking up the trigger warnings. There are some intense scenes and it gets pretty dark in places (ie. violence) so just double check if you're worried about it!

The Dutch House is about two wealthy siblings that must reconcile their past with their present. Set in Pennsylvania where the Dutch House is their childhood and family home, changing family dynamics force them to rely on each other to rebuild what they once had.

The Dutch House explores interpersonal and familial relationships as the dynamics of a family unit change over time. Like Malibu Rising, siblings must find comfort in each other in a time of confusion and abandonment.

Described as "a dark fairy tale", the Dutch House has family drama, vivid imagery, and a whole lot of heart.

Little Fires Everywhere is about the picturesque neighborhood of Shaker Heights where Elena Richardson lives a life of structure, until Mia Warren moves to town with her daughter Pearl.

This book explores familial relationships, secrets, and motherhood. It's a quick read with memorable characters. If you like books that explore the human condition, try this one out!

So you may have picked up Malibu Rising because you read the back cover and found it intriguing, or maybe you've read a few other Taylor Jenkins Reid books and enjoyed them. If that's the case, I'm sure you've noticed some recurring characters or easter eggs that keep popping up. Because TJR has written quite a few historical fictions novels, she has found a way to cleverly line up the time periods and include some familiar faces along the way. If you liked Malibu Rising, you'll most likely enjoy these other TJR books - Mick Riva is a running thread through all of them!

Seven Husbands of Evelyn Hugo is arguably TJR's most popular novel. The book is about a writer who is granted the exclusive on telling the world the life story of Evelyn Hugo - the most famous (and private) Hollywood actress from the 50's. It spans from the 50's to the 80's and onto present day and is a wild ride of scandal and glamour. TJR's characters are super memorable so it's a fun read for sure!

This is the first TJR I read, and the first one that is in the Mick Riva Universe. This book is where we are first introduced to Mick Riva, the musical superstar that was one of Evelyn's seven husbands. Now, I don't want to give too much away, but if you've read Malibu Rising and not Seven Husbands yet, you'll get a kick out of hearing what Mick is up to after he marries June in the book.

Plus, if you liked Malibu Rising, all TJR books have a similar style, so you're bound to like Seven Husbands.

Daisy Jones & The Six came out after Seven Husbands, so you might want to read them in this order, but I've read them all out of order! It is set in the 70's at the height of rock and roll and is about Daisy Jones' road to fame and how she met her band The Six.

After reading this book, you will enter into a Fleetwood Mac phase that you may never escape from. Mick Riva is in this one, too!

Carrie Soto Is Back

Carrie Soto Is Back comes out August 2022! If you read Malibu Rising, you know that Carrie Soto is a tennis star on the rise in the 80's. In Carrie Soto Is back, her record is taken from her by a much younger player in the 90's. It's her story of trying to take it back. I truly can't wait to read this one, especially after briefly getting to know her in Malibu Rising. A cool thing about TJR is her characters are so interesting that we get to learn more about some of them in her other books!