33 (Totally Classic) Summer Movies That Feel Like A Sunny Afternoon

Whether you're looking for the perfect classic summer movie to watch on your vacation or you're wishing for warmer weather, this list will make you feel totally sunny. 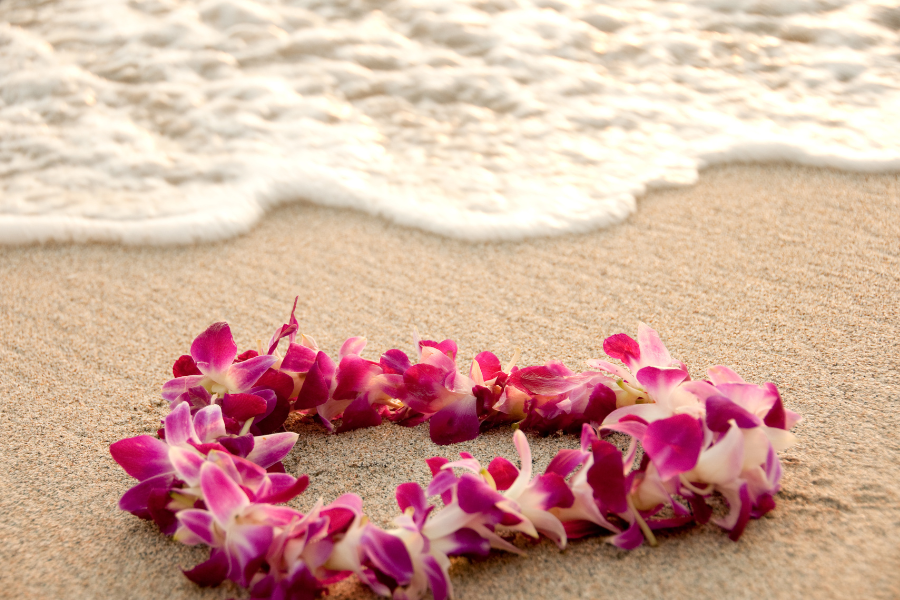 It's kind of crazy how much a movie can put you in a certain mindset or mood. When I'm craving sunshine, I always go for one of these classic summer movies! This list has some of the most iconic summer films as well as some that you may have forgotten. One thing is for sure - you'll be dreaming of warmer days and summer adventures when you put on one of these movies!

Blue Hawaii is the movie where Elvis sings "Can't Help Falling in Love" and it is totally swoon-worthy. This musical is about a guy who wants to hang around the beach all day after being discharged from the army, much to the chagrin of his strict parents who want him to take over the family pineapple business. It's super cute and there are many beautiful scenes of a very retro Hawaii.

Ferris Bueller's Day Off is another iconic 80's blockbuster that follows the antics of clever Ferris Bueller who decides to skip class one last time before graduating. This movie is so youthful and nostalgic, it will remind everyone what it was like to be a high schooler who just wants to have a little fun.

The Seven Year Itch has the scene where Marilyn Monroe's dress flies up when she passes a subway grate. This movie is about a New York summer during which Richard Sherman is stuck working in the city while his wife and child are off on a summer vacation. When a new bombshell blonde moves into the apartment above him, he becomes infatuated.

The Last Song is a romance movie about a troubled New York teen who is sent to a Southern beach town for the summer. Here she meets Will and starts to fall in love with a different way of life.

Mamma Mia has no shortage of summer vibes. When Sophie gets engaged, she decides she wants to invite her father to the wedding. The problem is, she doesn't know who he is, so she invites all 3 possibilities in the hope that she will know who he is when they arrive. This fun musical is set on an island in Greece and will make you want to book a flight there immediately.

If you thought the first Mamma Mia was summer-y, the sequel will not disappoint. This one goes back and follows young Donna's story during the summer that Sophie was conceived and shows the story of how she met each potential father.

South Pacific is an iconic summer film based upon the musical of the same name. It's set during World War II on an island in - you guessed it - the South Pacific! It follows the romance of a beautiful nurse and a mysterious French plantation owner. If you like epic romance and beautiful beaches, definitely try this one!

I feel like Little Manhattan is totally underrated! It's the sweet story of awkward innocent first love and figuring out what those feelings mean. It's set in New York City and totally makes me dream of summer in the city.

This movie reminds me so much of summer! I don't know if it's the volleyball scene, or the fact that everyone is always so sweaty when they're in their airplanes. It could also be the fact that it's sort of a patriotic movie, so this one would be perfect to watch around the 4th of July! Plus, the remake just came out so it's the perfect time to watch the original.

I don't know how many times I've watched the Notebook and it still makes me cry every time! Allie and Noah fall in love over the summer as kids, but Allie's family doesn't approve of the match. The movie is set during summer in 1940's South Carolina and feels like a long summer day.

If you are part of the younger generation, this film may look familiar to you as its movie poster has been put on endless t-shirts and tapestries, but basically The Endless Summer is a critically-acclaimed documentary that follows surfers as they travel around in search of the "perfect wave". I'm not sure you get any more summer-y than that.

13 Going On 30 is about Jenna who feels awkward and miserable about being a pre-teen and imagines her life to be much more fabulous when she's 30. When she is transported through time she sees what her life might be and is surprised it's not what she thought. This movie is set in New York City and makes me feel so warm and happy inside!

Blue Crush is about a group of girl surfers who must learn to balance surfing, romance, and growing up! This movie has tons of great beach scenes and will make you want to book a flight to Hawaii!

The Lizzie McGuire movie is about a European graduation trip where Lizzie McGuire gets mistaken for a famous Italian pop star! They go to so many iconic European tourist destinations; it's a summer vacation dream!

Viva Las Vegas is one of my favorite Elvis movies! It's about a race-car driver who wants to win enough money in Vegas to buy a motor for his car in order to win the Grand Prix. He meets and falls in love with Ann-Margret's character and many cute dancing and singing numbers ensue!

Letters to Juliet is about a young woman who visits Italy and finds a letter of lost love and is determined to reunite the old lovers. This one feels like a warm hug, so if you're in the mood for a love story, try this!

Soul Surfer is based on the true story of Bethany Hamilton who lost her arm in a shark attack when she was surfing in Hawaii. It's a movie about perseverance and hope, and it will definitely make you see things a little differently after watching it.

This movie is such a funny Doris Day film! Basically, Doris Day's character Ellen ends up in a plane crash and stuck on an island. Her husband finally moves on after 5 years, believing her to be dead, and marries someone else. When Ellen shows up alive, they all have to figure out what their new dynamic should be.

What a Girl Wants is such a great 2000's movie, starring Amanda Bynes as Daphne who after living her whole life not knowing her father decides to go to London to meet him. It's a funny movie about an American in London and what it means to really be yourself.

Coastal grandmother summer is here! This movie - and any movie with Diane Keaton in particular - is peak East Coast grandmother aesthetic! When Erica's daughter brings home a much older man, Harry, for the summer, she is not a fan of the relationship. But when Harry has a heart attack, will their feelings about each other change?

Mystic Pizza is a late 80's film about the summer after high school where friends work at their local pizza shop. The story follows each of the girls' love lives and the lessons they learn along the way.

Jaws may win the award for being on the most lists of summer movie recommendations, but there's a good reason! If you haven't watched it yet, you have to check it off your list. It's about a coastal town that is terrorized by a blood-thirsty shark.

Just Go With It is an Adam Sandler and Jennifer Aniston movie about a plastic surgeon who pretends he is unhappily married to gain the affections and sympathy of much younger girls. When he meets the girl of his dreams, he begs his assistant to go along with the lie that they are married and soon-to-be divorced to keep up the facade. This one has some of the most stunning scenes of Hawaii and is really funny and endearing!

Dirty Dancing is about Baby who has one last summer before she joins the Peace Corps. She ends up at a resort with her parents where she meets Johnny and becomes his dance partner. The 80's vibes in this one are impeccable and the final dance scene is, of course, iconic.

When Peter's famous girlfriend breaks up with him, he decides to to try get over her by traveling to Hawaii, but with his luck her and her new boyfriend are staying at the same hotel as him. This movie will make you want to move to Hawaii ASAP because it's absolutely gorgeous!

The Sisterhood of the Traveling Pants chronicles the summer adventures of 4 friends as they keep in touch via a magical pair of pants that seems to fit each of them just right. This movie shows 4 different travel summer experiences including Mexico and Greece as is about love, friendship, and growing up.

There are two versions of this movie, one from 1961 and one from 1998. The premise is the same, but basically twin sisters who were separated at birth discover each other when they are sent to the same summer camp. They decide to switch places in an attempt to get to know their other biological parent and potentially get them back together. I personally love the 1998 version with Lindsay Lohan because it's super nostalgic for me, but both are super cute!

The Baby-Sitter's Club is based on the books of the same name! A group of friends have a successful business that they are turning into a summer camp while they face the challenges of adolescence. This one is classic 90's.

There are two versions of this movie, but basically both are about two teenagers who fall in love and parents who disapprove of the relationship. There is something about a first love story that reminds me of summer, I guess because it makes me feel happy!

(500) Days of Summer is about the dysfunctional relationship between Summer and Tom and what they learn along the way. This one really taught me about love and how 2 people can view a relationship in different ways.

Uptown Girls is another New York City summer movie about a childish nanny and uptight kid who form an unlikely pair. Brittany Murphy is so cute in this movie and there's something about New York in the summer that is so endearing!

Midsommar is for all the horror fans out there! It's about a couple who agree to travel to Sweden but accidentally get wrapped up in a cult.

50 First Dates is a super charming movie with Adam Sandler (Henry) and Drew Barrymore (Lucy). Lucy has short term memory loss so everyday her memory resets. Henry must make her fall in love with him every day to be with her. This one was shot in Hawaii as well and is totally heartwarming!