From Confessions of a Teenage Drama Queen to Ella Enchanted, these girly 2000s movies are perfect to watch with your girlfriends. 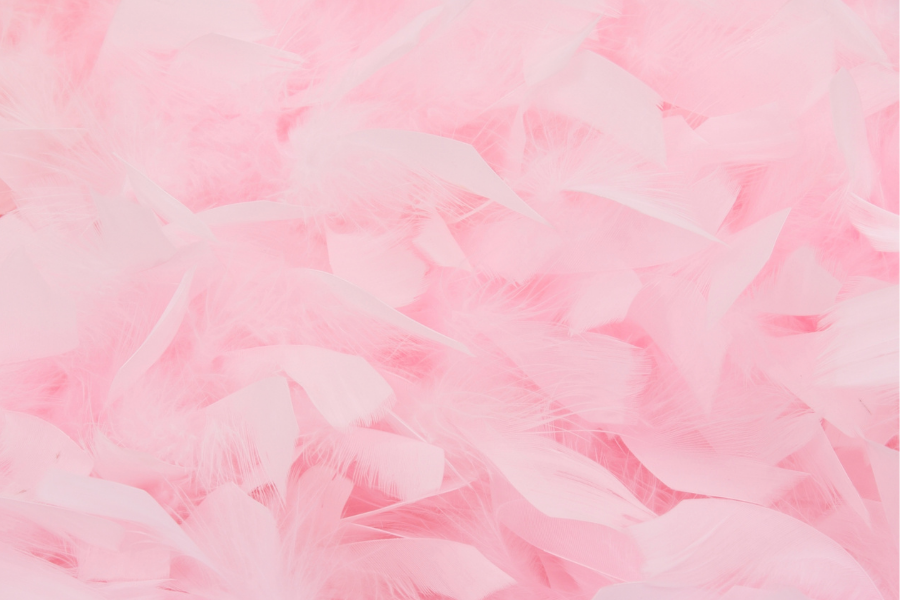 When I was a kid there was absolutely no genre that could compare to girly 2000s movies. It was really the era of girl power and unapologetically feminine young women on the big screen. All these movies were super influential on me and are perfect to watch when you’re feeling girly and nostalgic!

Ella Enchanted is about a girl named Ella who is given the "gift" of obedience when she is a baby by her fairy godmother. This turns out to be very troublesome for her as she gets older. She lives in a fantastical land named Frell where she meets a Prince and goes on a journey. There are tons of great musical numbers, too! I feel like this one is super underrated!

Ice Princess is about a super smart girl named Casey whose dream it has always been to go to Harvard. The problem is that she also loves to ice skate on the pond near her house. When a school project allows her to get a closer look at the world of figure skating, Casey has trouble deciding which to choose: skating or Harvard.

3. Confessions of a Teenage Drama Queen

This movie was always one of my sister and I's favorites! Lola is a teenage girl who is forced to move away from New York City, the place she considers home. She loves fashion and a band called Sidarthur and tries to adjust to her new surroundings in a town very different from the city. This one is a must-watch if you love Y2K movies and haven't had the chance to watch this one yet!

The Olsen twins play two very opposite sisters in New York Minute, one a rebellious rocker and the other an overachiever. They go to New York City for the day, one to give a speech for a scholarship and the other to crash Simple Plan's music video shoot. This movie is peak NYC in the early 2000s which makes it so good! Another underrated one for sure.

Princess Diaries is such a classic! Mia is a geeky teenage girl struggling to fit in at her high school when her long-lost grandmother shows up one day to tell her that she is actually a princess! This movie has something that everyone can relate to: growing into the person you are meant to be.

If I had to name the most underrated 2000s movie of all time, Angus, Thongs, and Perfect Snogging might just be it. I remember watching this when I was a young teen and relating to it so much. It's about an awkward girl named Georgia who struggles with her insecurities and can't really see what she has to offer the world. She learns so much and it feels very real and true to real life.

7. What a Girl Wants

This is another of my favorites. Anything with Amanda Bynes is always good, right? What a Girl Wants is about a girl who lives with her mother in New York City and has always felt incomplete without her father. She decides to travel to London to see him, where she gets caught up in the world of debutantes and royalty.

The Lizzie McGuire Movie may be the most iconic movie of my young life. When Lizzie McGuire travels to Italy for a school trip, she is thrust into the spotlight when she is mistaken for a famous Italian singer! It's got love, laughs, and a whole lot of Lizzie McGuire charm!

Ahhh, what girl doesn't want to be a mermaid deep down? This movie really is summer in a film! Such a great story of love and friendship, you'll end up feeling warm and fuzzy inside.

Freaky Friday is about an angsty teen daughter and an uptight mother who get switched into each other's bodies and have to work together to get switched back. Lindsay Lohan and Jamie Lee Curtis are just so funny as their characters, and the story is super charming. 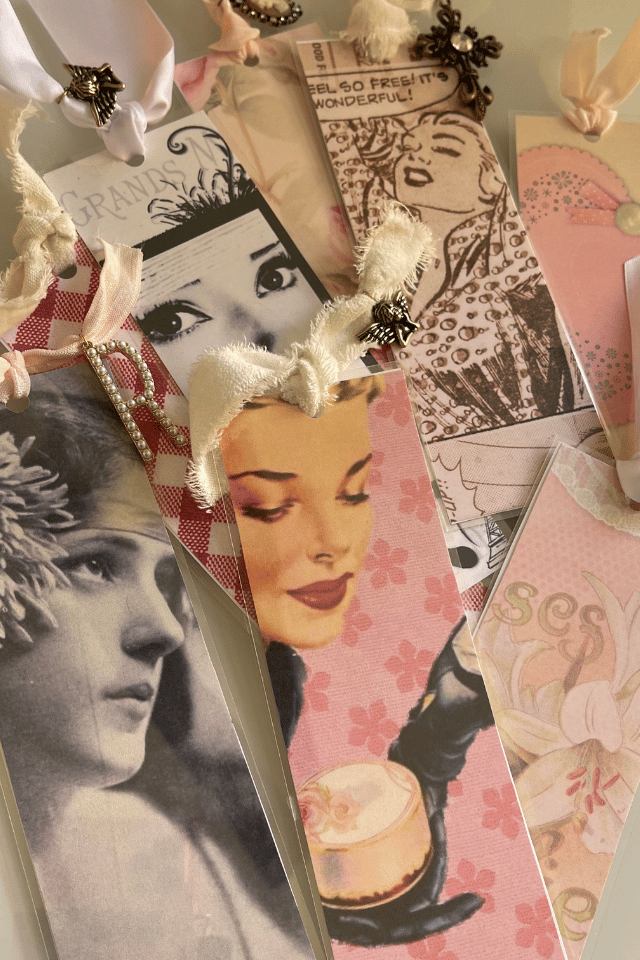 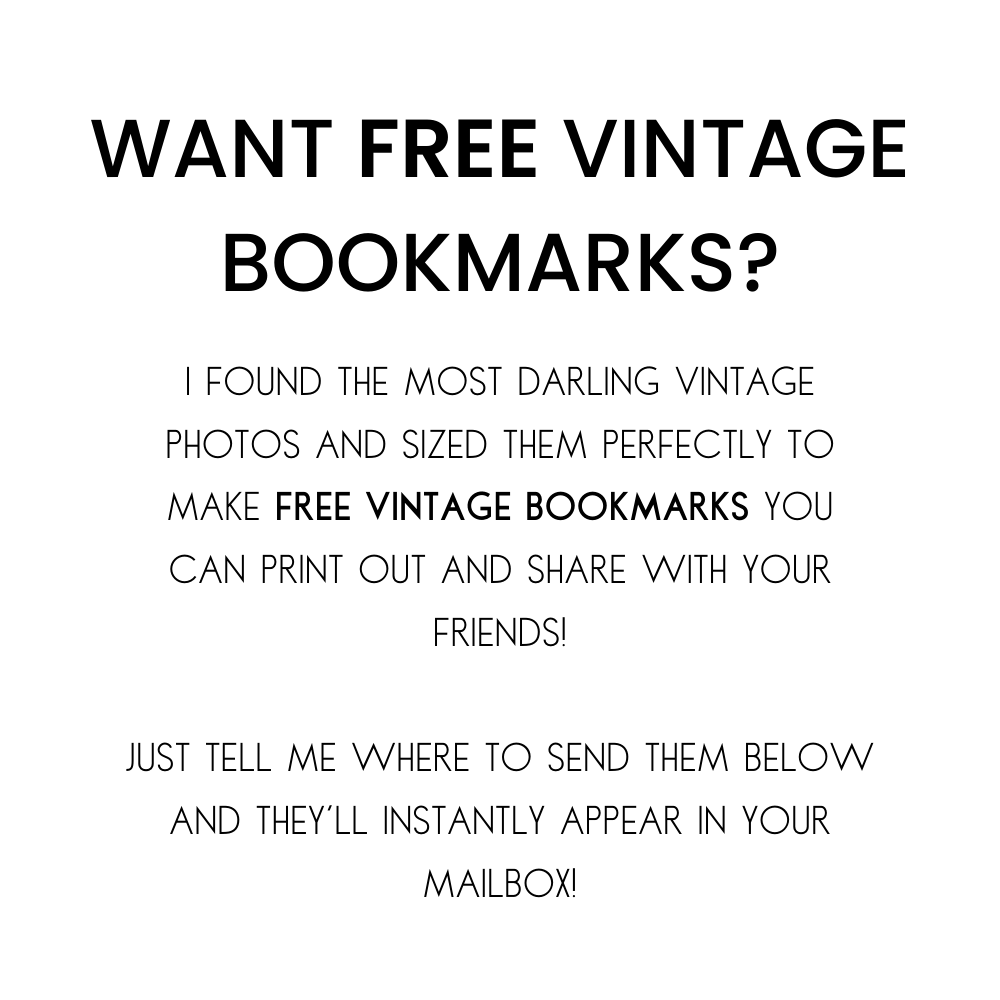 Any 2000's movie with Hilary Duff and/or Chad Michael Murray was bound to be amazing. A Cinderella Story is literally a modern retelling of Cinderella, as Sam lives with her evil stepmother and 2 stepsisters and is trying to get into Princeton. She meets someone online who she relates to and decides to meet him at the Halloween dance.

This movie was my sister's favorite for a long time! 50 First Dates is about a guy named Henry who falls in love with Lucy, a girl with short-term memory loss. Every next day she forgets who he is, so he tries to get her to fall in love with him every day. It's a super funny and sweet movie.

Bridget Jones is a single 30-something woman who writes her life goals in her diary and explains how they pan out throughout the year. She finds herself between two different men in her life. It's based on Jane Austen's novel Pride and Prejudice and will definitely has something relatable for everyone!

14. Confessions of a Shopaholic

Confessions of a Shopaholic is about a woman who wants to be a writer at a top fashion magazine in New York, but lands a job at a financial publication instead. Little do they know, she's swarming in debt from her shopping addiction! Isla Fisher is so great in this role and it's a really fun movie!

Need I say more? The Devil Wears Prada really encapsulates the Y2K runway fashion New York City era. As a matter of fact, even though Miranda Priestley is so mean, it showed such a glamorous side to working for a magazine that it made me want to move to New York to do it! The fashion in the show is great and who doesn't love Anne Hathaway?! If for some reason you haven't seen this one yet, stop what you're doing and go watch!

Another sleeper hit, Uptown Girls has Brittany Murphy playing young Dakota Fanning's nanny. Set in 2000s New York (why was all 2000s film seemingly obsessed with New York City?!), the two girls learn from each other as they navigate through life.

Sleepover is another movie that I always tell people is too underrated. It's literally about a sleepover where two different girl groups compete in a series of challenges to determine who gets the coveted fountain spot for the next school year.

A classic, Mamma Mia will make you want to travel to Greece. Sophie wants to invite her dad to her wedding, but the problem is she doesn't know who he is. When she invites all 3 potential candidates, fun-loving chaos ensues!

The House Bunny has so many great quotable moments. Ana Farris is at her funniest here as she plays a former Playboy Bunny who becomes a sorority house mom for a group of outcast college girls.

Cow Belles is a super underrated Disney Channel movie about two sisters who are spoiled and are forced to work for the family business by their dad. Definitely worth a watch! 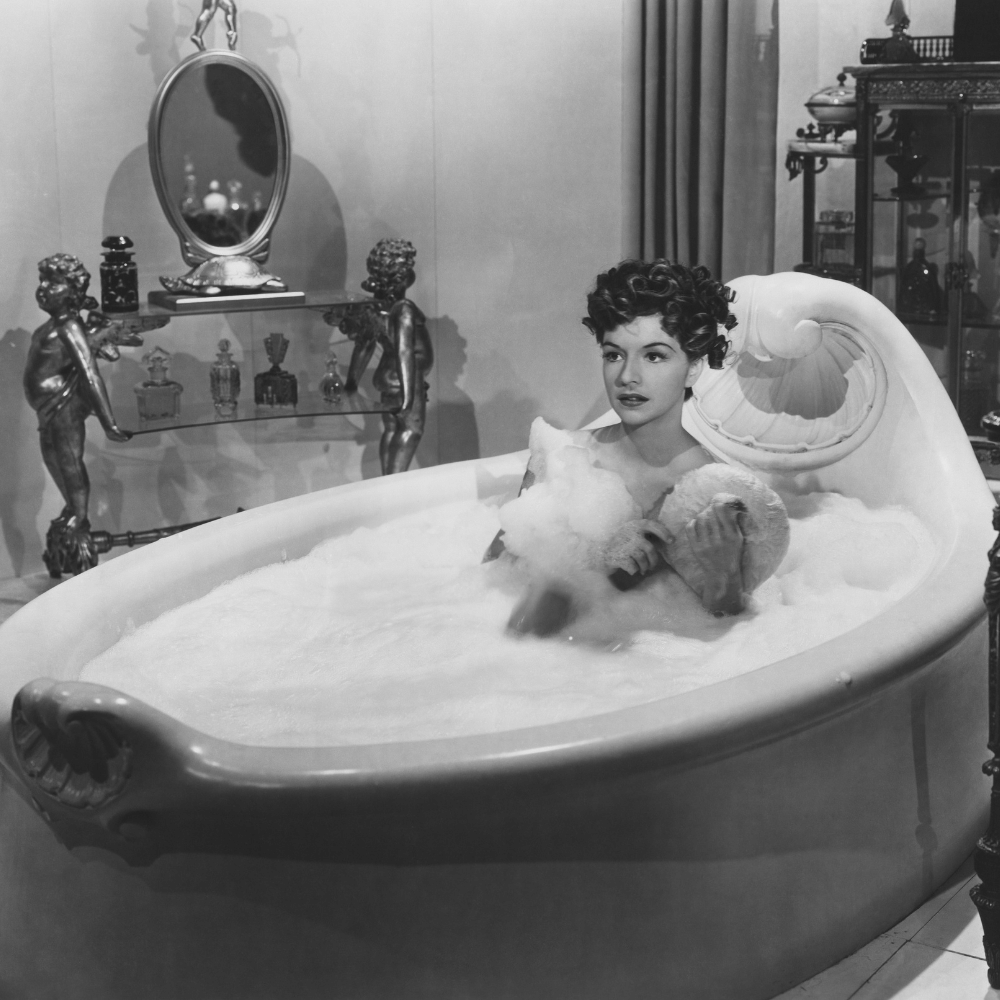 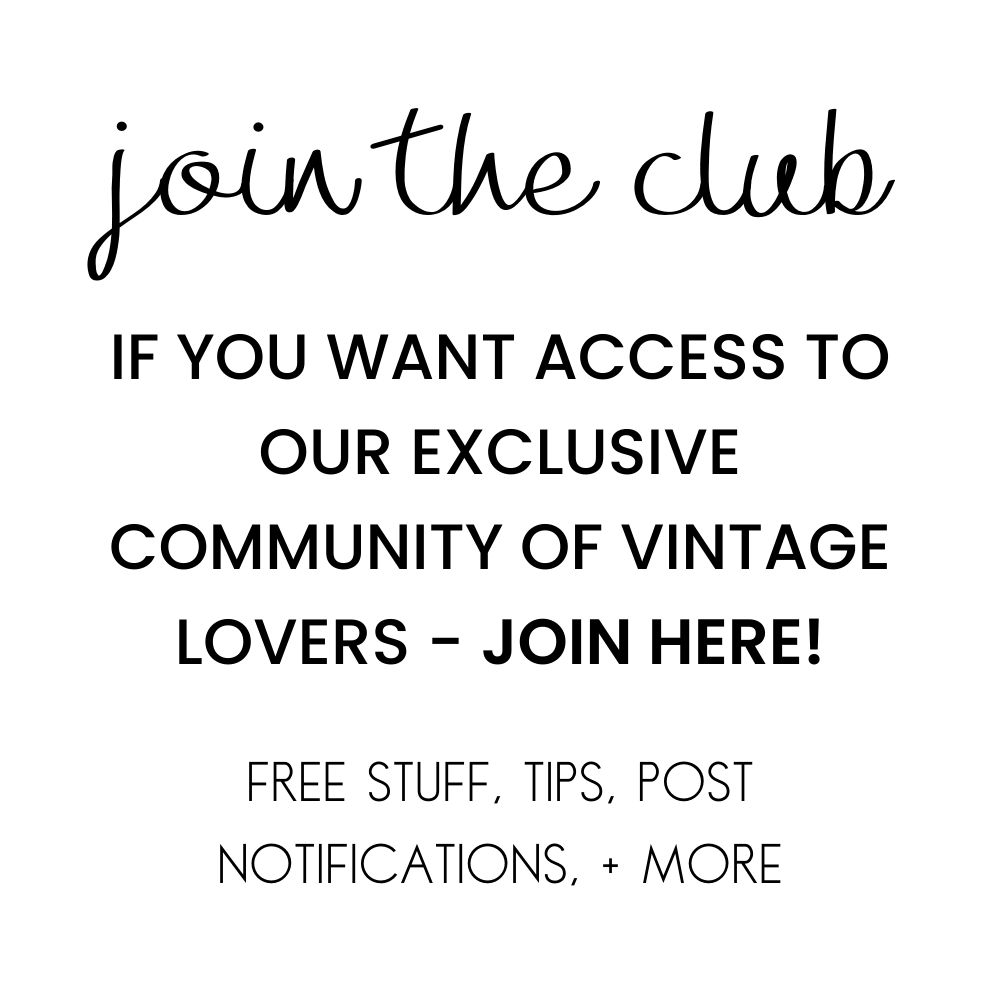 This movie makes me so nostalgic. It's one of the reasons I wanted to become a writer for a magazine or a media company one day! Jenna Rink is 13 and wishes she could be "30, flirty, and fabulous". When she accidentally transports to the future, she realizes that she doesn't like the life that she has built for herself. It will make you laugh, cry, and celebrate, all the marks of an amazing movie.

This movie was absolutely iconic. It's about a glamorous Barbie doll that comes to life! It stars a young Lindsay Lohan and Tyra Banks and has something for everyone!

Legally Blonde is always a fan favorite. Girly and popular Elle decides to go to Harvard law school when her boyfriend Warner says that he is going to leave her for a serious future in law. Another great example of girl power and refusing to be defined by femininity but being empowered by it.

Bring It On is about two rival cheer teams who try to beat each other at nationals. Bring It On spawned several sequels and is an absolutely iconic series about cheerleading!

25. Sisterhood of the Traveling Pants

Sisterhood of the Traveling Pants tells the story of four different teen girls, all friends, who find a pair of jeans that magically fit all of them perfectly. They decide to share the pants over the summer where they all are traveling to different locations and struggling with different life problems. This one is a really heartfelt coming-of-age about friendship and love!

Hannah Montana was such a phenomenon when I was younger! It's about a young girl who is secretly a pop star. When fame starts to take over her life, she decides to return to her hometown to remember what matters most.

Bride Wars is about two friends who share a dream of having a June wedding at The Plaza hotel. When they both get engaged at the same time, they fight over the one date available and start to sabotage each other in order to secure their dream venue.

Sex and the City was an absolutely legendary television show in the late 90s, early 00s about 4 very stylish friends in New York City. The movie follows where the series ended and is about Carrie and Big's life post-show. If you were a fan of the series, you have to see the movie!

This movie was a cultural reset. It follows the love stories of several different people that are all connected in some way. The main plot follows Gigi, a girl who cannot figure out her dating life. She doesn't understand when she goes on a date and feels like it went well but he doesn't call. She then meets Alex who gives her the harsh truth that if a guy likes you, he'll call. Simple as that. The movie shows all the ways humans fail to communicate and all the different ways that relationships and failures can pan out.

Another Olsen twin favorite, Holiday in the Sun will give you your dose of summer 2000s fashion. Look out for some familiar faces (AKA a young Megan Fox) and enjoy the Y2K vibes.