JFK's wedding to Jackie Bouvier was a major event in 1953. Here are some fun facts about their nuptials that you probably didn't know! 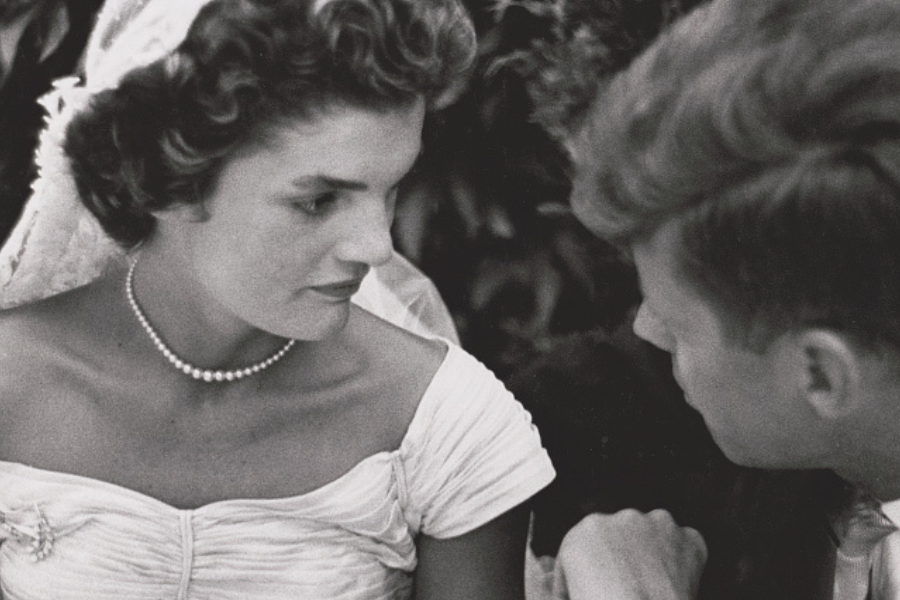 John "Jack" Fitzgerald Kennedy's September 1953 wedding to Jacqueline "Jackie" Lee Bouvier was the event of the season with over 900 members of elite society in attendance. The grandiose event was called "a coronation" by a guest and represents a very important moment in United States history. The wedding of the future President to the future First Lady took place in Newport Rhode Island at St. Mary's Roman Catholic Church and Jackie's stepfather's estate, Hammersmith Farm. The Kennedy wedding influenced many weddings around the time and still does to this day! Here are some fun facts about the Kennedy wedding that you might not know.

15. Jackie was engaged to someone else first.

You might not have known that Jackie was engaged before she met JFK. In 1951, Jackie was engaged to John G.W. Husted Jr. whom she met at Vassar College. There were some rumors that her mother found out how much money John made and was underwhelmed by the number. Jackie explained in a letter that she "went into it too fast and then it seemed very wrong." She reportedly broke things off by putting the ring back in her then fiancée's pocket. She met JFK in May of 1952, 1 month before she was supposed to originally marry John.

14. Jack proposed but Jackie went away to Europe to cover the Queen's Coronation before she accepted.

Jack proposed to Jackie after the November 1952 election season with a unique diamond and emerald ring. Jackie was working for the Washington Times-Herald at the time and was asked to cover the Coronation of Queen Elizabeth II in early June 1953. She accepted his proposal when she got back and they announced their engagement on June 25, 1953.

Well, not the original cake, obviously, but the recipe! The JFK wedding cake was made by Montilio's Baking Company, which still exists today. The exact white cake with raspberry preserves and raspberry frosting, topped with sweet vanilla buttercream can be ordered straight to your doorstep! Montilio's made cakes for a lot of presidential events, including JFK's Inaugural Ball. Order yours here. 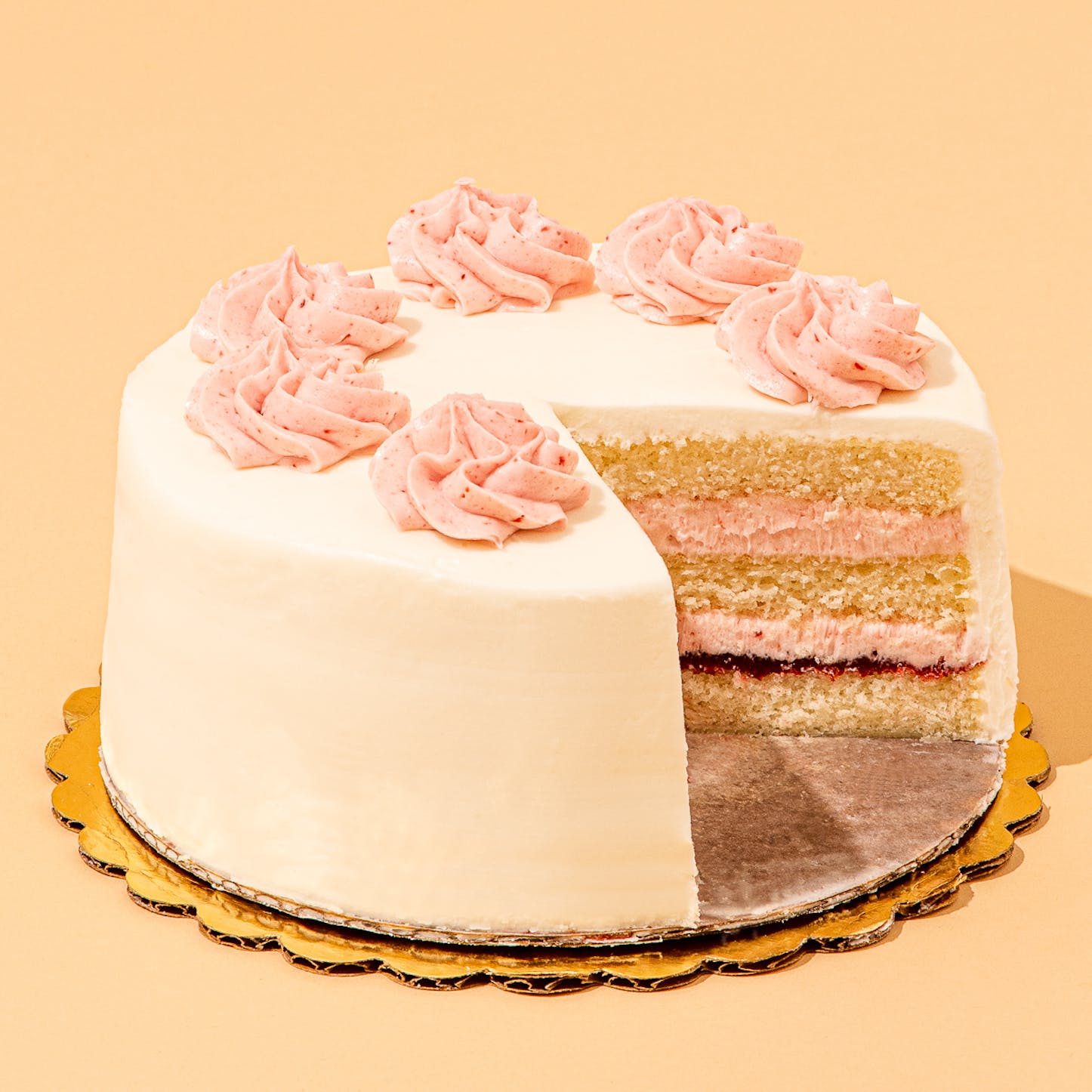 Jackie's fashion choices were massively influential when she was campaigning and during her time as First Lady. Her wedding dress style and shape became wildly popular in the 50's, mainly due to the genius design of Ann Lowe. Unfortunately, Ann Lowe was snubbed when her name was largely left out of press coverage of the wedding day. The dress, made of ivory silk taffeta and an off-the-shoulder neckline, was emulated for decades and is still a sought after silhouette for brides.

11. 10 days before the wedding, Jackie's wedding dress was destroyed when a pipe burst.

Jackie's dress (designed and created by Ann Lowe) took 2 months to make, which all went out the window when a pipe burst in Ann Lowe's studio 10 days before the ceremony. The leak also destroyed all of the bridesmaids dresses! Ann and her team worked tirelessly to recreate the dresses and made it just in time for the wedding day.

Jackie was a blossoming fashionista and even won a Vogue writing contest where the prize included an internship in Paris (even though she decided not to go). After a separate trip to Paris, Jackie had her eyes set on a simple dress for her upcoming nuptials, but JFK's father had a grander design in mind. Although Jackie initially felt disdain toward her wedding dress, the designer later revealed that Jackie had been sweet to her.

9. Ann Lowe was denied access through the front door when dropping off Jackie's wedding dress.

According to the National Museum of American History, Ann Lowe was told she would have to drop off her designs at the back door of the wedding venue. She reportedly exclaimed that she would take the dresses back if she were made to go through the back door, and walked in through the front.

Because Jackie's original dress was damaged when a pipe burst in Ann Lowe's studio, she had to eat the cost of that dress in favor of new materials. She apparently never told the Kennedys what had happened to the original dress. She lost $2,200 (around $24,000 today) when she was expecting a profit of $700 (around $8000 today).

7. The society wedding had over 1,200 guests, plus 2,000 fans cheering on the couple from outside the church.

To say Jack and Jacqueline's wedding was the event of the year would probably be an understatement, at least for those in old society circles. It reportedly took the couple 2 hours just to greet everyone!

6. Jackie's stepfather walked her down the aisle.

Reportedly, Jackie's biological father felt snubbed at not being invited to a dinner the night before the wedding and did not show up to the day of the nuptials. Jackie was devastated, but kept her emotions hidden inside.

5. JFK's face was hurt during a game of touch football before the wedding.

The day before the wedding, the Kennedys played a game of touch football, leaving Jack's face scratched from a tackle. Luckily, it doesn't show in many of the pictures of the day.

4. The bride and groom chose the song "I Married an Angel" for their first dance.

With lyrics like "to heaven she's carried this fellow with a kiss, she is sweet and gentle, so it isn't strange, when I'm sentimental, she loves me like an angel, now you've heard, I married an angel," you get a glimpse into the mindset of the couple on the day they got married.

3. The Pope gave the couple a special blessing.

Both Jack and Jackie were raised Catholic, and their wedding ceremony reflected that, with the nuptials conducted at St. Mary's Roman Catholic Church in Newport, Rhode Island.

2. Jackie's something-borrowed was her grandmother's veil.

The rosepoint lace veil was worn by her grandmother and paired with a tiara made of lace and orange blossoms.

1. The couple selected Acapulco, Mexico for their honeymoon followed by Santa Barbara, CA.

You can actually stay in the same Santa Barbara suite that the young lovers chose for their honeymoon here. It is now called the Kennedy Cottage at San Ysidro Ranch and features a gorgeous water view. 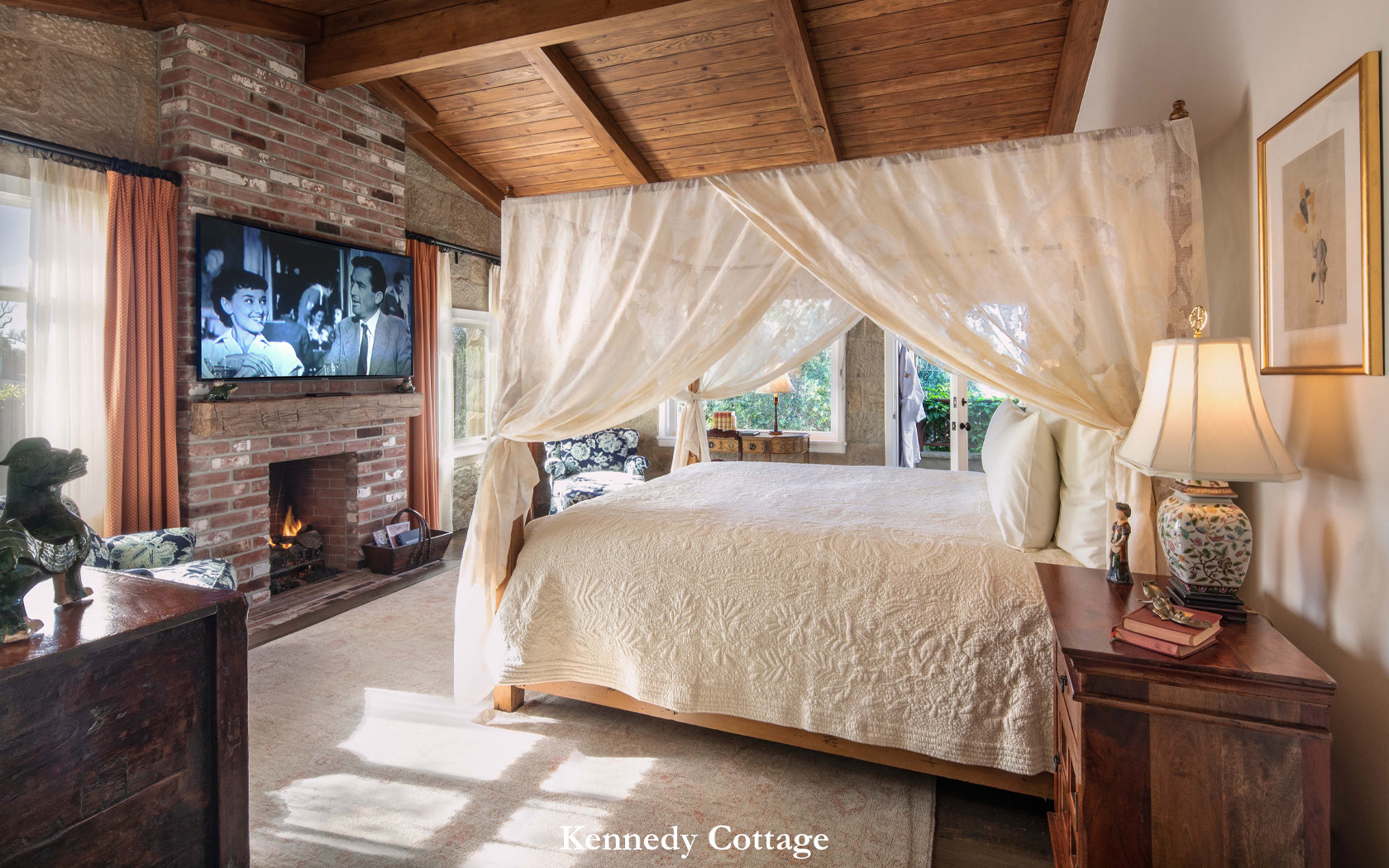