Is Revlon's Love That Red Lipstick The "One True Red"???

If you're looking for "the one true red you've spent a lifetime looking for," look no further! Revlon's Love That Red Lipstick is here and she's definitely a true red! 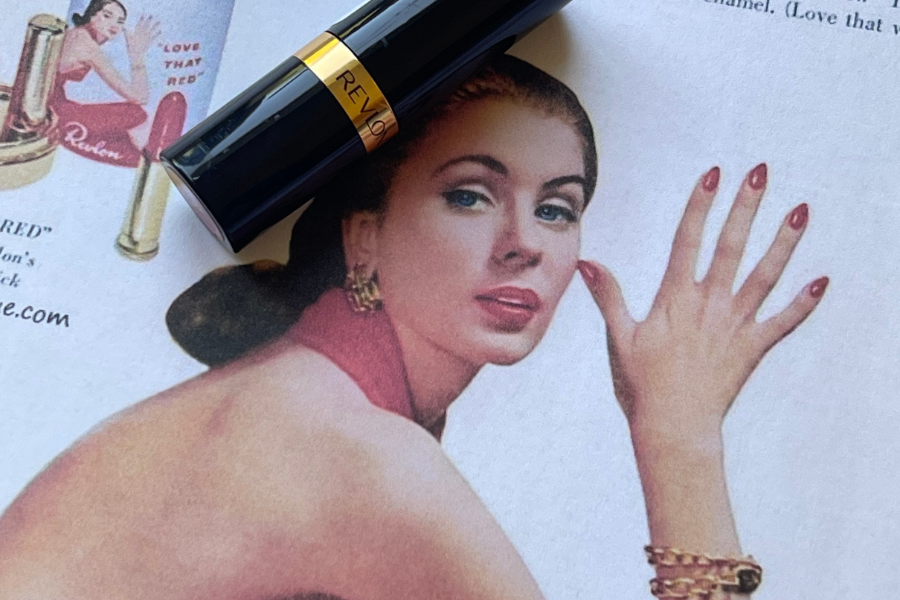 Sooo the hunt for the perfect retro classic red lip shade continues! Up next is Revlon's Love That Red. I got some feedback from my last post that Cherries In The Snow can look a little pink on medium and darker skin tones, SO I thought I would check out one with less pink!

If you want to watch a video of me swatching these shades you can watch the TikTok I made here.

The advertisement for this shade states that the color is "the one true red you've spent a lifetime looking for!"

Since it was marketed as a "true red", my hypothesis was that it would appear more red than pink on all skin tones.

Don't get me wrong, I really loved Cherries In The Snow, but it was time to test more of a universal red shade!

This shade was released in 1951 by Revlon and is one on a list of shades from the 50's that you can still purchase today. That definitely means that it has been popular enough throughout the years to warrant being continued in the production lineup.

I've also provided a comparison between the colors we've tried so far: Cherries In The Snow and Love That Red. I will continue this series so be sure to follow me on TikTok and subscribe to our newsletter to you know when the next retro shade review releases! By the end we should have quite the swatch comparison going.

This post is all about revlon love that red.

Revlon's Love That Red is a true red with a neutral undertone. To me this means that there isn't a warm or cool undertone to it, making it look vastly different when put on different skin tones at either end of the spectrum. It looks more fire-engine/chili pepper red to my eye, especially compared to Cherries In The Snow. I also have a warm toned red from Revlon that I want to try, so stay tuned for that!

All of the shades I'm trying for this series are the Super Lustrous Lipstick version, so the finish is creamy and pigmented. I really love this formula because it's not too matte and not too glossy. I had someone ask me if it's transfer-proof, to which I would say if you kissed someone's cheek it would leave a little mark. I personally prefer these kinds of lipsticks to the matte liquid lips, only because I can't do anything too drying. I have to feel hydrated!

Revlon Love That Red Swatches + Comparison To Cherries In The Snow

Just looking at the initial swatch, Love That Red is definitely, well, red! My skin tone is medium/neutral and can also lean a little warm. It doesn't look too blue underneath, but it's less pink and more blue than Cherries In The Snow.

For the swatch comparison, you can really see the difference! Cherries In The Snow on its own looks red, but next to Love That Red it looks deep fuchsia!

I tried to get a good photo of the shades on my lips with the same lighting and angle! It's so weird how Cherries In The Snow looks red on its own, but next to Love That Red it looks pink!

I would say that Love That Red looks more firey next to Cherries In The Snow. Which one is your favorite?

Here is the link to purchase Cherries In The Snow:

Revlon Cherries In The Snow

If you want to see the video where I compared these shades, check out my TikTok here.

This post was all about revlon red lipstick shades.